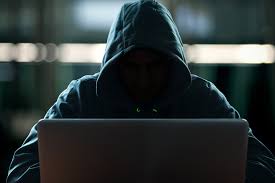 You may have heard a lot about DDoS attacks on the news or social media and that you don’t want them happening to your network, but you may not really know what they actually are. A DDoS is a type of cyber-attack that seeks to overwhelm services on a network so users are denied service. This type of cyber-attack requires multiple computers running programs, usually malware, in order to carry it out effectively enough to shut down at least part of a network

Protocol attacks work by disrupting connection tables which makes it difficult to verify connections. This is done by sending a series of pings that are either slow pings, pings that are purposely malformed, and partial packets to cause buffers in the memory and then potentially crash the system. This type of attack can also use firewalls as a target which is one of the reasons why firewalls are not enough to protect a network.

Application-layer attacks are generally focused on web traffic as it is the closest layer that the users interact with. Some of the attacks use SMTP, DNS, HTTPS, and HTTP. These attacks are usually rather difficult to detect as they usually do not have to involve many computers to carry out. It ends up looking like the website just had a lot of real traffic compared to usual.

Volumetric attacks are the most common type of DDoS attacks that take place. It simply consists of flooding a network and using up all its bandwidth on every port with false data requests. When this happens, real traffic can’t get through. User Datagram Protocol and Internet Control Message Protocol are the 2 main types of volumetric attacks that are used currently.

In a lot of DDoS attacks, the attackers use a combination of the 3 types of attacks. By using multiple forms of attack, they are better able to overwhelm the entire system making it inaccessible. This is why strong prevention and countermeasures must be used on your network in order to protect it from potential attacks.

It’s important for your website to have a plan in case there is a DDoS attack. It’s important to use strong prevention measures and also to have early DDoS detection methods in place. The earlier your system can detect an attack, the less damage that it can do.

There are a lot of ways that you can secure your network that include things like firewalls, VPNs, content filtering, and other defense features. Most networking equipment already comes with some degree of DDoS options but it’s a good idea to have more than one option just in case. It’s always good to have more options that may allow you to respond faster and better. Once you have proper software and hardware in place, it’s absolutely necessary to make sure that you are keeping everything up to date. Many updates make your system less vulnerable to different types of attacks.